Entropy is a piece about the different paths that can be followed, and the different destinations to which these paths may lead. From a single starting point there are endless decisions you can make, each decision bringing you closer to a different destination. This is especially true in time-based arts such as dance: every movement has its consequences for the next movement, creating intricate patterns of actions and reactions.

Imagine that we had the ability to “un-do” all of the decisions that brought us to our present state, and that we could live our life over again starting from a certain point in time when a crucial decision was made. This is what Entropy is about: the performers are given the chance to re-live a set of movements, each time making new decisions about the path they will follow so that they arrive at completely different destinations each time.

By being forced to re-live each dance sequence from the beginning, the performers will face the helpless tension of being caught in an endless loop. They try to break out of this loop by introducing more intricate and complicated variations at each repetition of a phrase, resulting in a constant movement towards a chaotic result. It is only when they discover the essence of the material, the purest form of movement, that they are freed from the loop. 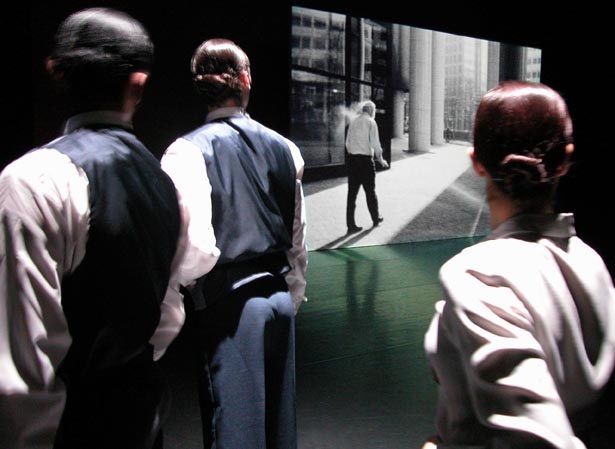